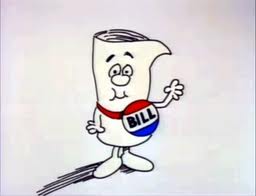 Regarding a statement I made in my earlier post, the CSLB is doing something about individuals who qualify more than one license at a time. I officially stand corrected.

In my defense, I was suggesting they remove the 3 license qualifier rule. The Bill’s below don’t change that. So basically the CSLB is just giving itself the ability to enforce a new law after the consumer has been harmed.

Senate Bill 261 adds administrative penalties to existing Contractors State Licensing Law for licensed or unlicensed contractors who commit violations related to the fraudulent use of a contractor license. It adds a new section to the Business and Professions Code: B&P Code section 7114.2.

Senate Bill 262 amends Section 7068.1 of the Business and Professions Code. It allows CSLB to take disciplinary action against a qualifier and the licensed entity they are qualifying when a qualifier is not actively involved in the construction activities of the license he or she is qualifying. In addition to administrative penalties, the individual falsely serving as a qualifier on the license is subject to a misdemeanor criminal charge, with a penalty of up to six months in jail, fine of up to $5,000, or both, upon conviction.