Yesterday, 12/4/13, I attended a CSLB application seminar where they discussed application procedures.

Many license schools and services were invited to attend, or participate online, a seminar that covered application procedures for all classifications including the eight on the critical classifications list.

Some of the information was basic, and since the room was mostly full of people who prepare license applications for a living, some of it was redundant. But that’s ok, they had to start somewhere. 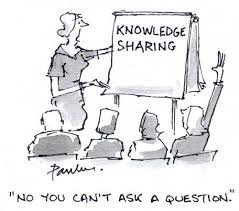 There was one common thread to the conversation; the CSLB would “prefer” to receive applications from people who have experience obtained as an employee of a licensed contractor. In a perfect world, that would spectacular! Everyone’s job would be easier, including the applicant. But we don’t live in a perfect world, and therefore, there are plenty of applicants who have gained their experience as “self-employed.” Another tidbit of info that was given was that a handyman is not a journeyman. While that may be true by definition, the CSLB does accept self-employed experience. And if that self-employed experience was obtained by following the law and only doing work that was under the $500 limit for labor and materials, then how could a handyman obtain the necessary experience to allow him/her to obtain a license? So, it seems, that even though they will accept self-employed experience, as allowed by law, they’d “prefer” not to.

A few in the audience tried to nail down what additional documentation would be acceptable in one circumstance or another. Obviously, every application is going to be unique, so there is no specific answer to that question. I did verify that they would prefer to receive any and all additional documentation with the application when first submitted. The goal here is, and I agree with them, to streamline the process as much as possible. This would hopefully cut down the processing time and the time it would take a letter to be sent by the CSLB, and the docs then sent to them for review.

It was discussed that the CSLB called the contractor employer of an applicant who certifier was a fellow employee. The applicant’s job was in jeopardy because he knew his employer would not be accepting of him applying for his own license. Although they did not admit any wrong doing, they suggested that a letter should be submitted with the application instructing the CSLB to not call the contractor employer when the certifier is a fellow employee or foreman/supervisor if such a call would put the applicant’s current employment at risk. I applaud the CSLB for caring.

More regarding the use of fellow employees as certifiers. They suggested/assumed that there may be some collusion taking place when the certifier is a fellow employee. They suggested/assumed that the applicant and certifier could be “buddies” and therefore certifying experience that the applicant may not actually have. While this may be true and may take place, I felt it to be too big of an assumption for them to make. The discussion suggested that they were going to look deeper into someone’s experience if it was certified by a fellow employee.

There was much more discussed at the CSLB application seminar that I will share with you soon. I’ll also include the video taken during the seminar for you to watch.