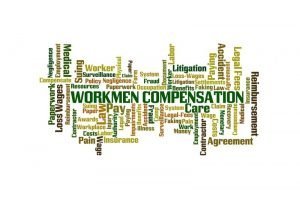 Workers Compensation laws changed earlier this year, thanks to AB 2883.

And here’s how it’s affecting California contractors and applicants.

This new law, as stated in-part below, requires that corporations carry workers comp if they have officers that own less than 15% ownership in the company.

How does this affect contractors and license applicants?

If you’re applying for a corporate contractors license for the first time (or changing from a sole owner to a corporation) and are using someone other than yourself as your RMO qualifier, that person must also be listed on your corporate record with the SOS.

Sound simple enough?  Maybe not.  What if the positions of President, Secretary, Treasurer, and Director (PSTD) have all been filled by other personnel besides the RMO qualifier?  Then what?  The SOS only wants to see the names of those individuals, PSTD.  You can always add another Director to the list.  But what if you don’t want your RMO to be on the Board of Directors?  Then what?  Exactly! Then what?!?!  Phone a friend?  Buy a vowel?  Take your ball and go home?

I reached out to the Contractors State License Board to get their input.  Their reply was “The Contractor’s State License Law provides that a licensee must file a certificate of workers’ compensation if they employ anyone who would be subject to the workers’ compensation laws of a California, or they may file a Certificate of Exemption from those laws if they don’t.”  But I know they are not requiring applicants to prove that officers listed on the application have at least 15% ownership.  So the CSLB doesn’t care about workers compensation laws??  It’s very black and white with them… if the license has an RME.. it needs works comp.  That’s it.  Nothing about the other officers listed on the application and how much of the company they own.

A corporate license application has an RMO qualifier who states he owns 30% of the company and his title is VP.  Additional officers include the President, a Secretary, and a Treasurer.   When the CSLB processes the app, they’re only looking to see if the named President on the app matches the named President on the SOS record.  So, let’s say they match.  The CSLB is then not asking for proof of ownership levels of the other two officers!  Now let’s say that those other two officers, who may or may not be listed on the corporation with the SOS, each own only 10% of the company.  What then?  Well, according to AB 2883, they are in violation of the law for not carrying workers comp!

To go a step further…

Let’s say this corporation attempts to buy a workers compensation policy.  The Pres/CEO will have to sign a waiver form for his officers stating that they each own at least 15% of the company… including the RMO.  But wait, he already owns 30%!  Yes, but if you look at the CSLB website, it only states that the RMO owns “at least 10%”!  State Fund, the workers comp underwriter, doesn’t know that the RMO owns 30% because the CSLB says he only owns at least 10%.  Government working together at its best!

*What if those other officers (Sect./Tres) only own 5% each, and the Pres/CEO and/or Board of Directors is not willing to increase their ownership to 15% EACH?!  Then State Fund will rate their salaries based on the type of construction services the license provides…. increasing your workers comp rates exponentially!

This is nothing but a money-making scheme produced by over paid legislators.  It’s just one more thing to drive businesses out of California!!

AB 2883 States, in part:
Existing law defines an employee, for purposes of the laws governing workers’ compensation, to include, among other persons, officers and members of boards of directors of quasi-public or private corporations while rendering actual service for the corporations for pay. Existing law excludes from that definition, among other persons, officers and directors of a private corporation who are the sole shareholders of the corporation and working members of a partnership or limited liability company, as specified, unless they elect to come under the compensation provisions of the laws governing workers’ compensation.
This bill would revise those exceptions from the definition of an employee to apply to an officer or member of the board of directors, as specified, if he or she owns at least 15% of the issued and outstanding stock of the corporation, or an individual who is a general partner of a partnership or a managing member of a limited liability company, and that person elects to be excluded by executing a written waiver of his or her rights under the laws governing workers’ compensation, stating under penalty of perjury that he or she is a qualifying officer or director, or a qualifying general partner or managing member, as applicable. The bill would specify the effective date of the waivers.
Posted in California Contractors Licensing Issues