Having trouble with the CSLB?

Having trouble with the CSLB?

Are you having trouble with the CSLB? Join the fight by contacting your State Assembly Member’s office or your State Senator’s office. 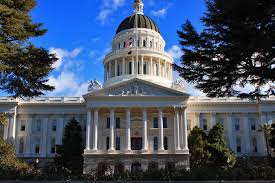 The benefit of this is: 1) The CSLB will respond to a political inquiry much faster than they will respond to you. Sad, but true. 2) Once you get the CSLB reply via the law maker, reply to the CSLB back through the law maker. Keep them involved. 3) The more pressure they get from law makers the more they might think about fixing the current mess in the licensing department. 4) The more the politicians hear about this, the more they may be inclined to look into what the CSLB is doing.

So don’t take no for answer!

My bet is the CSLB knows that what they are doing is illegal. They know that they created far too many underground regulations to go unnoticed. At some point, they’ll be called to the carpet and their jobs will be at stake. In the meantime, I think they’ll give the squeaky wheels the grease just to make you go away and to keep anyone from really looking into what they’re doing.

Remember, get everything from the CSLB in writing. If you are able to talk to a CSLB staff member on the phone and they ask you to provide something, tell them to send you the request in writing.

Make them provide the specific law or regulation that gives them the authority to do what they’re doing, or to ask for what they’re asking for. Just “because they say so” only works between a parent and child. They are a State agency that has to follow the rule of law. They don’t have the luxury of making up the rules as they go along, or changing the rules on a whim.

So if you’re having trouble with the CSLB, take a stand and fight back. We live in a democracy and you have every right as a citizen of this Country, and of this State, to contact your elected representatives if you feel the government is over-stepping its boundaries!

“We hold these truths to be self-evident, that all men are created equal, that they are endowed by their Creator with certain unalienable Rights, that among these are Life, Liberty and the pursuit of Happiness. That to secure these rights, Governments are instituted among Men, deriving their just powers from the consent of the governed.” The Declaration of Independence

2 thoughts on “Having trouble with the CSLB?”