Lesson Not Learned for Repeat Offenders in CSLB Sting

Lesson Not Learned for Repeat Offenders in CSLB Sting 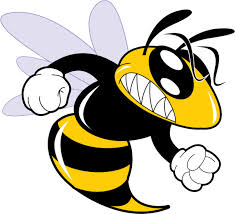 SACRAMENTO  –  One of the goals of the undercover sting operations conducted by the Contractors State License Board (CSLB) is to convince those caught for illegal contracting that they’re far better off getting their license and working as a legitimate contractor.

But, as a pair of Inland Empire stings showed last week, that message just doesn’t sink in for some.

Of the 13 persons cited April 24 on illegal contracting charges at stings in Chino and Lake Elsinore, three were repeat offenders, including one who had a $5,000 warrant hanging over his head for failing to appear in court on a previous contracting violation. Seven suspects who came to the Chino sting were issued Notices To Appear (NTA) in San Bernardino Superior Court; six from the Lake Elsinore sting have Riverside County Superior Court dates.

The suspect with the $5,000 warrant, Lazaro A. Garcia, of Riverside, is a very familiar figure to CSLB investigators. An unlicensed painter who operates under the business name “Professional Home Repairs,” Garcia has been issued three previous NTAs for misdemeanor charges related to illegal contracting, and has been cited twice by CSLB on administrative violations.

In addition, 12 of the 13 were cited on a misdemeanor charge of illegal advertising (Business and Professions Code section 7027.1). State law requires contractors to place their license number in all print, broadcast, and online advertisements. Those without a license can advertise for jobs valued at less than $500, but the ad must state that they are not a licensed contractor.

“We try to bring unlicensed contractors over to the legal side. We even give those caught in our stings an application to apply for a license,” CSLB Registrar Steve Sands said. “But we won’t tolerate these chronic offenders who think they can sidestep the law and endanger the public.”

Steve Sands says they “try to bring unlicensed contractors over to the legal side”? What he doesn’t mention is that if those cited in a sting were to apply, the CSLB licensing investigation posse will put that applicant through the wringer. They will ask for everything to be documented…. in triplicate. That applicant will already have a huge red flag next to his name.

My feeling is, if a guy is contracting without a license, I doubt he’s keeping complete and accurate records. I also feel that unlicensed guy knows he’d get pulled through the wringer and has no way of “proving” his experience. Maybe that’s why these unlicensed contractors aren’t taking good ol’ Steve up on his generous offer to join the flock.

And it does appear as though the CSLB tolerates it if they are citing the same unlicensed contractors repeatedly. If the slap on the hand doesn’t hurt, the bad kid is going to continue doing bad stuff. Wake up SWIFT/CSLB, your stings are ineffective!