How to Get a California Contractors License Part 5

How to Get a California Contractors License Part 5

IN THIS SERIES OF POSTS, I’LL TELL YOU HOW TO GET A CALIFORNIA CONTRACTORS LICENSE. HERE IS PART 5. 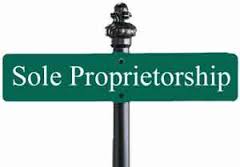 21) What is the difference between an RMO and RME?

22) Can an RMO be a qualifier on more than one License?

Yes. An RMO can be the qualifier on up to 3 corporate licenses as long as he or she holds at least 20% ownership in each company. The CSLB has passed a new law giving them more enforcement power over qualifiers who qualify more than one license. Those qualifiers need to have an active role in all projects done under the licenses for which they qualify. If enforcement action is taken against a qualifier on any one license, it will have a negative effect on every other license that he or she qualifies.

23) Can an RME be a qualifier on more than one License?

No. An RME can only qualify one license at a time. He or she may have a Sole Owner license but it must be inactive while the person is acting as an RME. By law, an RME must work a minimum of 32 hours a week.

24) Can an individual have more than one license?

Yes. An individual can have as many as 10 Sole Ownership licenses.

25) Can a Sole Owner also be an RMO or Qualifier on another License?

Yes. An individual can be an RMO on another license as long as he or she holds at least 20% ownership or more of the company. As I stated in #22, if you are going to qualify three licenses at the same time, be careful not to spread yourself too thin as you will be required to have an active participation in all projects done under all licenses you qualify.