Below is an email from a License Guru Blog reader describing her CSLB experience review nightmare. 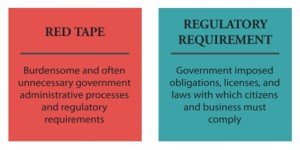 “I have been following the license guru blog for about 7 months now which is just 3 months short of the full year my husband has been getting the run around from the investigator assigned to his file.  On 06/13/13 the application was submitted and from there everything that you could possibly imagine in your worst nightmare happened.  The investigator began with requests for additional documentation to support the work experience forms that were submitted by two previous employers.  So the dog and pony show began.

We would get the documents and then submit them  only to find out that she needed one more thing…something she did not request the first go around,  and on and on this went on with the two employers, her, us and then she asked for more 1099’s which led to more people being sent forms for work experience, permits, pretty much everything but them signing in blood.  Even with certified mail it seemed she just did not have all the items to find the 4 years of experience she needed.  Or her other excuse was she could not contact the people….which is totally a lie since each and every person never received phone calls from her and we checked with them and found that she had not left messages or attempted.  Finally it was to the point that she made it her mission to deny this application.  Literally a day before his test date she said you might as well just not take it since you will not be approved for your work experience anyway.  It was amazing the total inexperience and lack of support.  Something that we felt needed to be brought the attention of her supervisors.  So, we called a meeting and did just that.  We went with the full binder of documentation with all supporting documents on a job by job basis from each previous employer and we also asked for each employer prior to that day if they would mind being called on our meeting day if necessary to speak with CSLB or answer any questions.  All agreed and were on stand by.  Also realize we ended up pulling 1099’s over 12 year period…and had letters written to explain what each job entailed along with building permits and copies of receipts.  I mean we were prepared!  When we got into the meeting we sat down with the investigator and two supervisors.  She said, “So what are we hear for today?”  Of course I wanted to say are you freaking kidding me?  But I let my husband start and so he said Basically we are confused why this is taking so long to verify my work experience.  All of this information is so detailed and we have letters, permits, 1099’s, W2’s, and even have pictures (even thought she said they were not acceptable) we brought them to show the quality work he has done.  She said, “Well i have only been able to verify 14 months and there is just not all the pieces to support the rest.  So that is when I said, I have prepared this binder with all the documents that have been sent to you.  But it has been organized in a way to show each job, timeframes, support, pictures, etc.  So, I handed it to the Supervisors and they started to view and started to ask the investigator what she could not verify.  She flipped through her mess of folders, which was all scribble and unorganized and when I said what is missing with employer #1, as she looked for that persons name she said oh I don’t see that one.  Hmmm was that one returned to me?  And so the meeting rolled on with much more of this same thing…her fumbling, us proving, Supervisors eyebrows raising, questions  about why this had not proceeded, etc…finally the last straw was when she called out one employer as not being able to specify that my husband did structural work for them.  She literally put words into the employers mouth and how we know that is what transpired next.  A phone call was made per the request of her supervisors to call the employer in question (one that would support 3 years of experience) the employer got on the phone and the investigator started the manipulation right in front of us.  She said remember when i asked you about what “my husband” did for you?  I asked if he did structural work and you said that he did sheetrock and remodels.  The employer said yes that is true, so the investigator said so he did not do any structural work on the jobs he did for you.  The employer said well wait a minute i guess the way it was asked of me made me think of it as new construction work, so no our work has not been brand new construction…but the work he has done is basically taking everything on old construction down to wood and foundation and rebuilding with new electrical, plumbing and framing, pretty much the works.  Plus he has supervised a crew to do so…so yes if that means structural then absolutely.  Well, bingo it was pretty much a given that the original conversation with no one to witness was most definately manipulated.  After the phone call, I just stated that I did not feel as if the investigator really understood her job, and that she was not in any way helpful.  The Supervisor asked if I could leave the binder.  I said I was uncomfortable with that since it was clear that the investigator had obviously lost documents previously sent via certified mail and that I would prefer they make another copy of all the documents that she should already all have at the meeting today.

So they sent her to make some copies.  Meanwhile they agreed that there was plenty of documentation and that we would not need to go to the hearing….it would be moved on from the investigator to the next step.  Upon her arrival back into the room one of the Supervisors was clearly irritated with her and said they were hiring for investigator positions and wondered if I was interested in applying!  He went on to say he was very impressed by the documentation binder that was presented by us and our presentation of it.  The investigator gave out a loud scowl and stormed out of the room.  Well I guess she does not like me!

Anyway,  we are still waiting for the final paperwork to come back…we have called and CSLB says it is in final stage and paperwork should be coming to tell us about securing the bond so that the license number can be issued.  That was 2 weeks ago!  I can’t believe this and I also realize now that majority of people that have this happen would just give up.  It has been a fight and something I would not wish on my worst enemy.

Any recommendations on what to do now?  When you check his application number online it just says application denied, do not schedule exam, but that has been that way since right after his exam was scheduled and he passed!  Amazing, what to do?  I feel like this is borderline unethical, and borderline against the law!  In addition there have been 3 major jobs that have come and gone that my husband could have bid on had he been licensed.  Possible loss of income not to mention the hours spent on phone, document preparation, mail and on and on.

I want to thank this reader for sharing her CSLB experience with us. She has shown that the CSLB does not know how to handle people who are prepared and willing to stand up to them. As of this posting, the app is still in limbo. My guess is, the CSLB is trying to resolve this without making themselves look any worse than they already do.

If you find yourself in this situation…. put together a neatly prepared, organized binder and request a meeting with the CSLB. And remember…. DOCUMENT EVERYTHING, including phone calls!! Always ask the CSLB to put their requests in writing! This is vital!