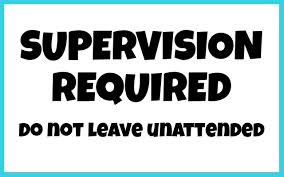 The CSLB summer newsletter contained an article about RMO abuses. While the law does allow a qualifier to be an RMO on up to three corporate licenses at the same time, the qualifier needs to ensure that they are involved in every project done under those licenses.

After a sharp rise in consumer complaints against license qualifiers who have been granted a test waiver, the Enforcement division has established a task force to investigate cases where Responsible Managing Officers (RMOs) are suspected of acting as paid figureheads for a company, but exercise little to no control over its operations.

Contractors who serve as qualifiers for a company’s construction operations must exercise direct control and supervision. If you are an RMO and do not have active involvement in the construction and business operations, you risk CSLB administrative penalties against your license(s) as well as criminal prosecution, regardless of whether you’re aware of substandard work being performed by unqualified individuals.

The task force will be watching for exam waiver requests from applicants suspected of only seeking to rent their name for a fee. CSLB also will seek to revoke qualifier status previously granted to anyone whose actions demonstrate they do not have an ownership stake or are not active decision makers listed on a license.

A new law that took effect in January 2014, Business and Professions Code section 7068.1, now authorizes CSLB to discipline a qualifier, and the licensed entity they are qualifying, when the qualifier is not actively involved in the construction activities of the license they are representing. In addition to administrative penalties, the individual falsely serving as a qualifier on the license can be charged with a misdemeanor and be sentenced to serve up to six months in jail, and required to pay a fine from $3,000-$5,000, or both, if convicted.

A review of Business and Professions Code section 7065 will provide further explanation of examination waiver laws.

Here are the interesting parts of this article.

1) What is the CSLB’s definition of “direct” control and supervision?

According to the law as written, you do not have to perform direct supervision on-site. The law states “any one or any combination of…” You could receive mailed or emailed updates, photographs, video conference. With today’s technology, you could review workmanship via skype, for example. I’m sure an attorney or judge would say… “The intent of the law is…” But if the CSLB is going to pursue qualifiers based on direct supervision and control, they better not penalize RMO’s for not setting foot on the job site. Again, the law states… “any one or combination of…”

Here is the most interesting part of this article.

“The task force will be watching for exam waiver requests from applicants suspected of only seeking to rent their name for a fee.”

“Suspected” of only seeking to rent their name… What guidelines will the CSLB be using to determine who is “suspected”? Are they suggesting that they will investigate, harass, go after any and all RMOs they feel are suspects? How would like to be running your above board business, following all applicable laws, only to receive a letter, phone call, or in person visit from a CSLB investigator that is arbitrarily throwing out an accusation that you may be in violation of 7068.1? If and when that happens, you’ll have to spend time and money to provide the CSLB with evidence that you are following the law. To me… it reeks of government overstepping. In other words… par for the CSLB course.

Are there people out their “renting” their name to qualify a license? Without a doubt! Should this practice be stopped? Without a doubt! But should a State agency have the power to put an entire class of people in the category of “suspect”? I think not.