The CSLB Strikes Again with its over-stepping of power.

Is it incompetence? Does the right hand not know what the left is doing? Is there information that you/me/us/the applicant aren’t being told? How is it that someone has to put down $300 onto a State agency roulette table and hope that their number DOESN’T come up? What do I mean by that? You pay your $300 application filing fee and you have to hope that you don’t get sucked into the vortex known as the Application Investigation Unit (AIU). Apps seem to be entering this vortex only to be spit out, and then sucked back in again.

Look at the history of two applications below. One of them went thru the AIU blender, got spit out with their blessing and instructions to the tech to refer the applicant to testing, only to suck the app back in to their vortex once again? 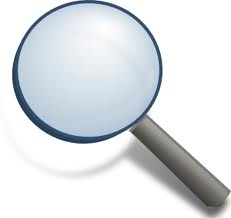 How is this possible?
Does the CSLB NOT know that they are messing with people’s livelihoods?
Does the CSLB think that hard working people have nothing better to do but sit around and wait for the AIU vortex to get their act together?
All of these things fall under the category of….. WTF!!!!

I, always looking to punish myself by trying to figure out why the CSLB does what it does, think they ought to make the application submittal fee ZERO! Then they can toss all the apps into the AIU vortex and the apps that get approved (after months of waiting) can THEN pay the $300. That way, no one has to put money on the roulette table with a high probability that they’ll lose it.

Here’s another example, an applicant got sucked into the vortex…BUT… he had complete documentation of his experience. All of this experience was hand delivered. The W-2’s, the pay stubs, the tax returns. Was this good enough for the CSLB? Of Course Not!! Are you silly?!?! No, they still sent forms to the employers for them to re-double verify that YES, the tax returns, the W-2’s, the Pay stubs in fact, did not Lie! Imagine it? Legal documents, approved by the IRS, were validated by the employers!

Give me a break!

How about the Enforcement Reps (sitting at their desks, not performing the “comprehensive field investigation” that the law requires) get off their you-know-what’s and go after the non-licensed people who aren’t doing the right thing by trying to obtain their license??

One last note… should the Test be the “litmus test”? I could create an application that would get past any tech in the licensing unit, but I don’t have the skills and experience in the trades to be able to pass the test. So, I say, if you can pass the test, you should be given a license. That’s how it works at the DMV, isn’t it? lol

2 thoughts on “The CSLB Strikes Again!”