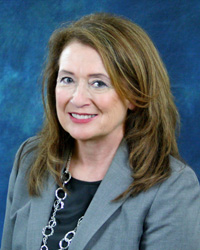 “SACRAMENTO – After a stellar career of more than 35 years in state service, Cindi A. Christenson has announced that she will retire, effective May 1, 2017.

Ms. Christenson, who has the distinction of being the Contractors State License Board (CSLB) first female Registrar, was appointed to the position January 1, 2015. As Registrar, she oversees a $60 million budget and more than 400 employees at CSLB’s Sacramento headquarters and 10 other field offices around the state. Prior to her appointment as Registrar, Ms. Christenson served for six years as CLSB’s Chief Deputy Registrar.

During her tenure as Registrar, Ms. Christenson played a pivotal role in overhauling the Home Improvement Salesperson registration process, making it easier for salespersons to get to work after joining a new contractor. She also oversaw the introduction of a revamped e-payment system so contractors can pay their fees at CSLB offices by credit card. In addition, Ms. Christenson has helped make sure CSLB meets its responsibilities regulating the quickly-growing and evolving solar industry.

“Ms. Christenson has done an outstanding job as Registrar,” said Board Chair Agustin Beltran. “She has served the Board, its employees, the construction industry, and most importantly, the people of California with distinction and integrity. This Board is in excellent shape as we move towards the future.”

Before joining CSLB, Ms. Christenson served as the executive officer for the California Board of Professional Engineers and Land Surveyors, from 1996 to 2009, and, from 1988 to 1996, was that organization’s senior engineering registrar. She also worked with the state Department of Water Resources as an associate mechanical engineer from 1981 to 1988.

What does this mean for the construction industry? That’s the big question! The “Cindy’s” have done a great job in getting the CSLB back on the right path. Let’s hope the next Registrar is just as good.