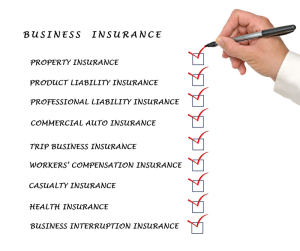 In the Spring Newsletter, the CSLB gives fair warning about workers compensation.

CSLB is contacting licensees who may be improperly claiming that they are exempt from purchasing workers’ compensation (WC) insurance because they have no employees. Contractors who are evading their responsibility to purchase WC coverage be forewarned – there are more moves coming to force compliance with the law.

For now, the educational letters are the first steps in a WC compliance strategy approved by the Board last December. The letter was drafted by CSLB in partnership with the state Employment Development Department (EDD) and Department of Industrial Relations (DIR) after a sampling of agency records and consumer complaints showed a high number of contractors are suspected of doing work that typically requires employees, yet are claiming the WC exemption.

Specifically, three sets of records shed light on what has been a persistent problem with WC fraud:

Overall, more than 50 percent of all licensees have filed WC exemptions with CSLB, a rate suspected to be too high considering the nature of the contracting work done.

Contractors who falsely claim WC exemptions are taking a great risk to save a little money. WC violators not only face CSLB disciplinary action, but they expose themselves and their clients to liability if uninsured workers get hurt on the job.

Business and Professions Code section 7125 requires contractors to purchase a WC policy and submit proof to CSLB when an active license is issued, an inactive one reactivated, or at the time of renewal, unless the licensee does not employ anyone requited to have a WC policy or files a certification of self-insurance with CSLB. (All C-39 Roofing contractors, however, must carry WC insurance even if they work on their own.)

The letter reminds contractors with questionable WC exemptions about the need to follow the law if they have employees, and informs them about the stepped-up efforts to identify violators.

At its April 2016 meeting, the Board approved the following additional measures as part of an overall WC enforcement strategy: