The CSLB may be taking notes (knowingly? or unknowingly?) out of Germany’s Gestapo playbook. 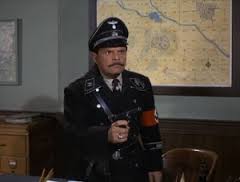 “The basic Gestapo law passed by the government in 1936 gave the Gestapo carte blanche to operate without judicial review—in effect, putting it above the law.[13] The Gestapo was specifically exempted from responsibility to administrative courts, where citizens normally could sue the state to conform to laws.”

Here we are in 2015, and the CSLB has been acting in the same manner for years.

They create their own rules, laws, and regulations, none of which are subjected to judicial review. In effect, putting it above the law.

In a previous post I pointed out that the CSLB Spring Newsletter stated requirements that are not written in the law. Specifically, business name advertising.

In another post I discussed where the CSLB has been requiring out-of-state applicants to have their certifier’s signature notarized. Not written in the law.

They continue to pursue this profiling by using the law that requires them to pull a minimum of 3% of ALL applications received for secondary review.

Pulling ALL “critical classification” applications is not a random sampling of ALL applications received. This is a prime example of the CSLB twisting the law as written in order to fit their needs.

The difference between the Gestapo and the CSLB is that there is no law that specifically gives the CSLB carte blanche. It’s worse than that…. they chose to enact these unlawful requirements on their own. No authorization by the legislature, nothing put to a public vote, No, they just make these rules as they go. Clearly, a State office that is out of control and in desperate need of being reigned in.

How long will the CSLB continue operating like the Gestapo of the 30’s and 40’s? Sadly, there is no crystal ball to provide that answer. All we can do is hope that someday the CSLB will stop using Gestapo tactics and will operate with transparency and within the law.