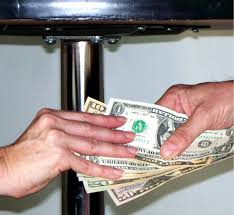 The CSLB continues underground economy by making the requirements to obtain a license more restrictive.

They like to taut their sting operations and talk about where the “illegal contractors” are coming from. But what they aren’t talking about is how they are clamping down on what they will and will not accept as experience.

I was told recently by a CSLB employee that those in power are considering restricting who can be a certifier. It was suggested that they may only accept certifier’s who are contractors and/or contractor employers. They would no longer accept clients as certifiers or business associates as certifiers.

IF they do this, they better go thru the legislature because the law states who can be a certifier. The CSLB track record since Rick Villucci gained power is to do whatever they want without getting legislative approval.

Remember the “critical classifications” as the CSLB called them? CSLB staff has been directed to no longer use that term. Why? Because the Rick Villucci regime did not have the legal authority to segregate (profile) applications based on the trade that was being applied for.

SACRAMENTO  – Unlicensed contractors won’t let a long drive dissuade them from trying to steal work from legitimate contractors. A sting operation conducted in Moorpark last week by the Contractors State License Board (CSLB) once again showed that to be true. Ten of the 14 individuals cited for illegal contracting came from outside of the area, including the outer reaches of Los Angeles County.

“Unlicensed contractors will beat a path to your door if they think there’s a big paycheck in it for them,” said CSLB Registrar Cindi Christenson. “Many times, they will turn in very low bids to get the job. But homeowners take big risks if they fall into that trap. Always remember to check CSLB’s website to see if the person you plan to hire is licensed and in good standing.”

Investigators from CSLB’s Statewide Investigative Fraud Team (SWIFT), assisted by Ventura County Sheriff’s Office deputies, held the sting at a ranch-style home near Moorpark College on April 8 and 9, 2015. Seven unlicensed contractors were caught each day and were given Notices to Appear in Ventura County Superior Court on charges of misdemeanor illegal contracting.

SWIFT investigators used tips from a variety of sources, including the Ventura County Sheriff’s Office, a nearby city building department, and a state agency, to create a list of suspected unlicensed contractors who might be interested in submitting a home improvement bid. Project bids were given to investigators for installation of a tankless water heater, installation of vinyl fencing, flooring, tree removal, and interior painting.

All suspects turned in bids that were in excess of the limit allowed by state contracting laws. Any project that is $500 or more in combined labor and material costs must be performed by a state-licensed contractor, per Business and Professions Code section 7028. The highest bid, for the vinyl fence, was for $10,000; most were in the $2,000-$5,000 range.

All 14 suspects were cited for contracting without a license, as well as an additional charge of illegal advertising (Business and Professions Code section 7027.1). State law prohibits unlicensed contractors from advertising for construction-related work valued at $500 or more, although they can advertise for jobs below that amount if the ad states that they are not licensed.

First-conviction penalties for contracting without a license include up to six months in jail and/or up to $5,000 in fines. Penalties are more severe with each successive violation.