I just received word that the CSLB will not be pursing the addition of the C-1 Classification.

I posted in October of 2015 that the CSLB would be creating this classification to allow the license holder to perform work that “provided that no load bearing portion of the existing structure is altered, added or moved; this includes footings, foundations, and weight bearing members.” Basically, it would have allowed the C1 contractor to bid, contract, and perform work that includes at least two unrelated trades that did not include framing.

My assumption was that this new classification was in response to their now defunked “critical classification” application process.  A process that was actually an underground regulation that was devastating the industry.  Now that they’ve finally come around to processing apps in a manner that is actually allowed by law, it would appear they’ve decided against the new classification.

I’m sure they have their “reasons”, but that new classification would have meant that many unlicensed people could have obtained a license. And, therefore, putting some sort of dent in the unlicensed industry that the CSLB has been so inept in containing or curbing.  They just can’t seem to get out of their own way.

I give this decision a BIG…. 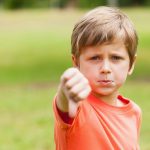