Wow…. here’s a post/question/comment/complaint I received in the ContractorTalk Forum. I’m am so floored by how the CSLB is treating applicants, I’m beside myself. Read on…

Phil – I think you’re right about flagging Asian last names. As I explained to you in my private message, I’m being asked for all kinds of documentation for my Class B. And, I have an Asian last name. Go figure.

They didn’t take my business classes, algebra, advanced math or my CA real estate license and appraisal courses into consideration at all. First I was told that they can’t call my employer out of state, so they want 1099’s and check stubs. Fine. Sent them. The Licensee Deputy approves and then they send me to an Experience analyst. She tells me that the 1099’s are useless, because I, “could have earned the money doing anything”. So why did you ask me to hunt down an old, handicapped prior employer 3,000 miles away to get the darn things?

She tells me that my application shows c6 work and not Class B. She sends me a form asking if I want to withdraw my application. I emailed Andrea S. and asked her since when cantilevering decks, framing additions, siding and roof work is millwork. She said it was millwork and not general building! How ’bout that? She asks me to provide permits and contracts. I explain that as a journeyman employee I’m not required to have either, and that legally my contractor employer isn’t even required to keep those docs for more than 3 years. They then asked for client contacts, which I don’t have as an employee.

She says that I need to go back to the elderly, sick employer 3,000 miles away and get a notarized letter from him outlying my duties. I included hours worked, duties by year for the 10 years through apprenticeship (4yrs) and journeyman level (6 years). What else should he document in the letter?

I do think I’m being targeted. When I explained that I felt that shuffling me from department to department for 10 months now is excessive, and I don’t understand why they ask for documentation that they then tell me they can’t use (like the 1099’s and pay stubs), I’m told that I need permits and the notarized letter from my certifier. Wasn’t his certification enough? No, because he was a foreman and not a contractor. Again, I have no legal reason to have permits as a journeyman. I think they just don’t want to license me – possibly because I’m Asian.

I even included letters from people who can verify that I’ve done extensive work on my own homes. I offered to send in 200 material receipts to verify the work and was told that they weren’t needed. What else can I send in to help with this? 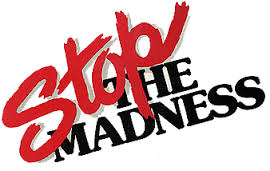 I may actually be speechless!!! Oh wait… no I’m not.

Your experience with the cslb just floors me!! How incompetent can one state agency be? Seriously?!? You give them what they ask for, what they have listed in their ridiculous list of acceptable items, then tell you they won’t accept them. I truly wonder (often) why the patients are running the asylum!

It has been pointed out to the Board, directly, that the licensing unit is asking for docs that most applicants aren’t required by law to need or obtain. Yet, they keep asking for them. Then they have the nerve to reject those docs.

I wish I had proof in hand that the cslb is profiling Asian applicants, but they are just smart enough not to have put anything in writing… as far as I’m aware. I was just told that the license techs were verbally told to pull apps with Asian last names. So suggesting to a State Rep that you’re being profiled would most likely be flat out rejected by the cslb. For me… I’d mention it anyway. Let the cslb hear the accusation so they know what they’re doing is out in the public.

If you feel you’ve received biased, unfair, ridiculous treatment from the CSLB, let them know about it. Submit this form. CSLB Client Services Complaint Form