If you are having problems with the Contractors State License Board (CSLB), you should contact your State Representative. 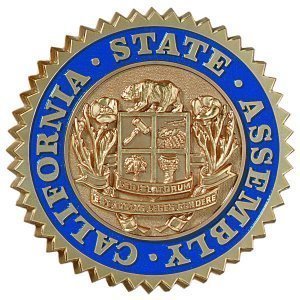 Below is a letter I received from my Rep back in 2013 in response to a complaint I filed. As you’ll see, they contacted the CSLB on my behalf.

My take-away from this letter is that they just repeated what the CSLB told the Rep’s contact person. And even though this was not the outcome I was hoping for, they still told the CSLB (in essence) that people are filing formal complaints. I should have pressed the issue more with the Rep’s office, but at the time the CSLB app process in place was new and there was no history to bolster my complaint.

It’s clear now that they are profiling applicants based on the classification they are applying for. I have learned in recent months that the CSLB is no longer using the term “critical classifications.” I believe they dropped the term because they know that it equates to an underground regulation.

Some people wonder that if by filing a complaint with your Rep, the CSLB will retaliate by denying your application. It would be illegal for the CSLB to do that, and they tend to fear the Legislature, so I think you should feel comfortable filing such a complaint.

Bottom line, if you’re having trouble dealing with, getting answers from, being harassed by the CSLB, you should contact your State Representative. Click here to find out who your Rep is.